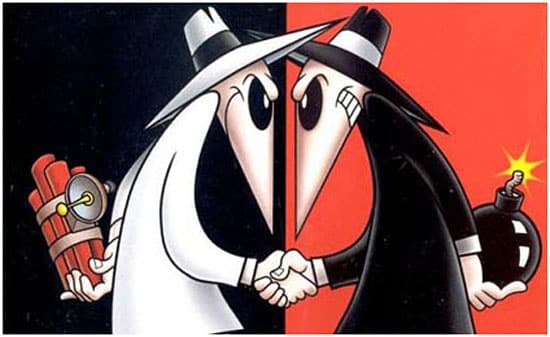 Radio-frequency identification (RFID)  as a Spy tool of the future

Put simply think of RFID as like your FM radio waves, they can penetrate walls, clothes, doors etc etc, with the right RFID reader you can trigger the interrogation of the RFID tag within your credit cards, ePassports, enhanced driver licenses, library cards etc etc. So RFID as a spy tool was how it got started.

Find out more about how RFID works here 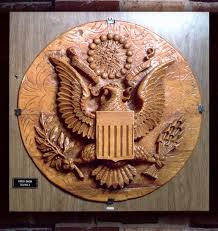 RFID has been around since WWII and its primary function was for espionage or spying. There is a famous cold war instance whereby the KGB used this very same technology in 1945 to eavesdrop on the US Ambassador.

The KGB used Russian school children to present a beautiful wooden carving of the seal of the United States of America to the US Ambassador Averall Harriman. He proudly displayed the plague in his embassy residential office, where it hung within earshot of America’s Cold War secrets.

The plaque remained in place on the wall until 1952 when the state department did a bug sweep of the room after redecorating, they did not get a read on the first pass but on a secondary pass the technicians got a read on a surveillance device hidden within the plaque. 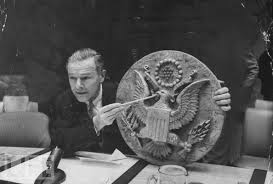 We know now that those ‘applied electronics’ was nothing less than the early form of RFID and this was its debut performance as the latest spy technology.

Just like the RFID & NFC tags today, the trojan plaque’s device was powered by invisible radio waves.
It was powered up by high-frequency waves pointed from a van that was parked outside the embassy.

The beauty of this device is as did not require a battery to work and if the radio waves were not directed at it, the device lay dormant, so detection was very hard if not actively transmitting.

Hence why it took 6 years to discover it.

Sources: Spychips – a book written by Katherine Albrecht & Liz McIntyre which you can Buy SpyChips from Amazon now