Four in ten (40%) smartphone users in the United States agree that they don’t understand cybersecurity well enough to know how to protect themselves, according to LifeLock.

The online survey, conducted in August by Harris Interactive, asked more than 2,000 smartphone users about their smartphone security habits and assessed their knowledge of and participation in potentially risky behaviour.

Many smartphone users reported sharing data that can leave them susceptible to identity theft and other identity fraud dangers. Users are engaging in several compromising behaviours that may leave them at risk to fraudulent activity:

It’s clear that the majority of those surveyed don’t take simple steps to secure their devices,? said Neil Chase, Vice President of Education with LifeLock. ?And it varies with age. The survey found that people ages 18-34 are significantly more likely to use the same password for every app than those who are 35-54, and people 55 and over are even more careful.

Despite the prevalence of identity theft, users don’t see their smartphones as the biggest risk. Seventy-one per cent of users agrees that losing their wallet is a bigger risk for identity theft than losing a smartphone. Further, 36% of participants believe they are more likely to have their car stolen than their identity stolen. However, based on an annual survey published by Javelin Strategy & Research, identity fraud affected 12.6 million adult consumers in 2012, while, according to the FBI, fewer than one million cars were stolen in 2012.

LifeLock recommends the following actions to secure a smartphone:
Protect the device with a strong password. Do not use a date of birth or banking PIN as a password.
Do not allow downloaded apps to access GPS location.
Ensure all apps use different usernames and passwords.
Wipe all personal information from the device before replacing or upgrading.

ARMOURCARD also recommends the following actions to secure a smartphone:
If your phone is NFC (Near Field Communication) enabled to be sure to watch what apps you download as if a Trojan is embedded in a ‘FREE app’ that activates your NFC your smartphone could become a remote credit card skimmer.
To protect yourself you can use Armourcard alongside your phone and it will jam the NFC signal. 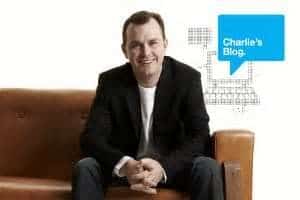 On Saturday 5th October, CEO of ARMOURCARD, Tyler Harris was interviewed by 2GB radio’s technology and lifestyle reporter and host Charlie Brown. What was discussed was the vulnerabilities surrounding your ‘Tap&Go’ credit cards and ePassports.

Charlie asked about ARMOURCARD and how we are the first company to provide ‘Active RFID & NFC’ protection with our patented technology found inside every ARMOURCARD.

If you were unable to listen on the weekend you can listen to the ARMOURCARD interview podcast here, the time the interview starts is 0:29:25